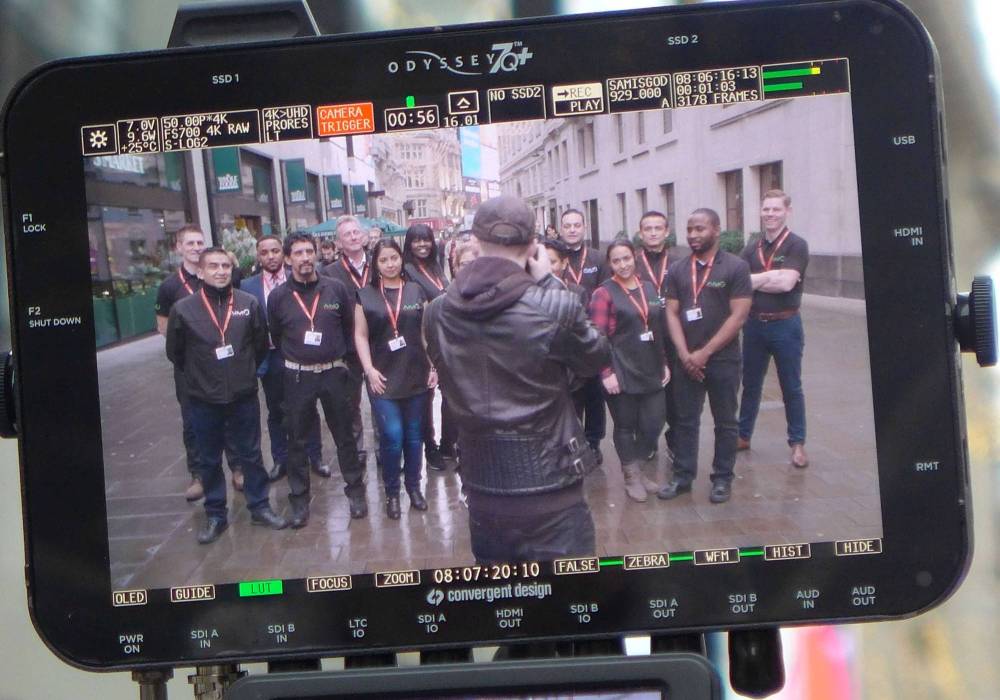 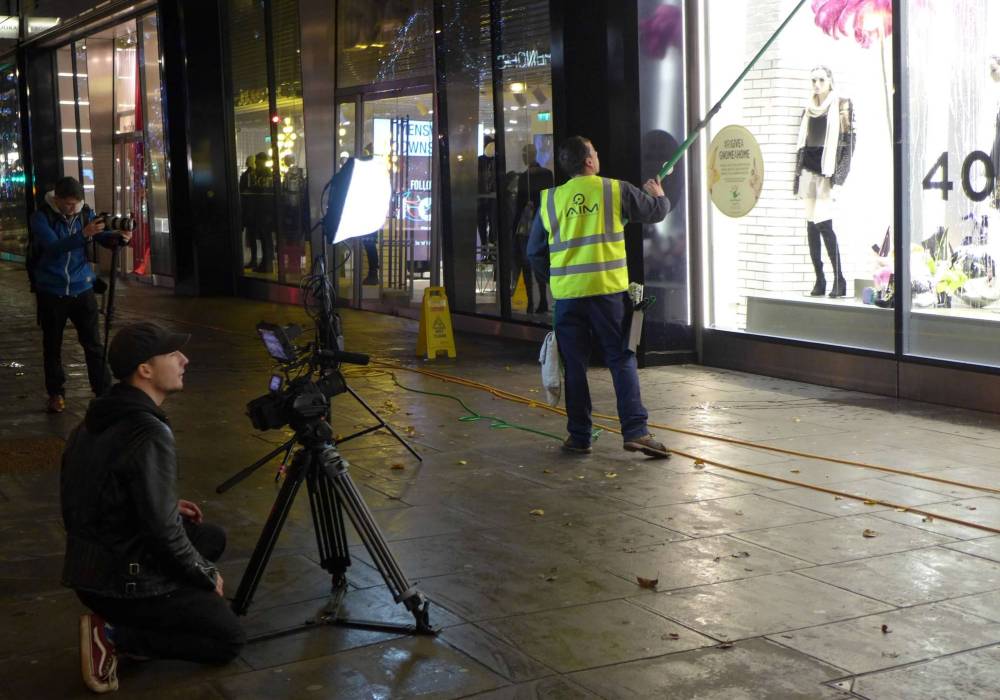 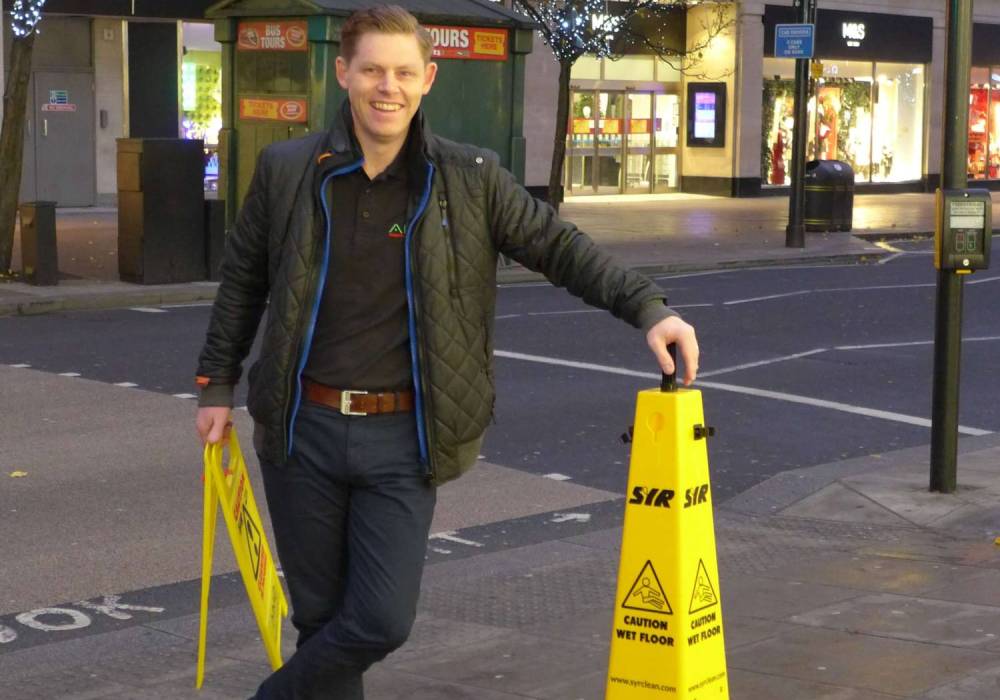 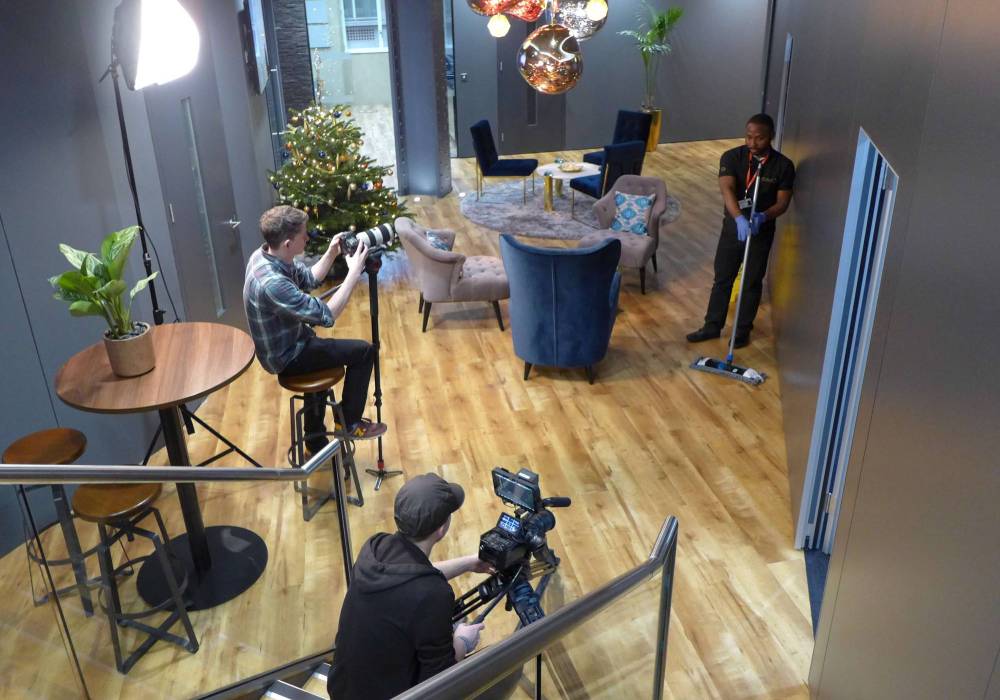 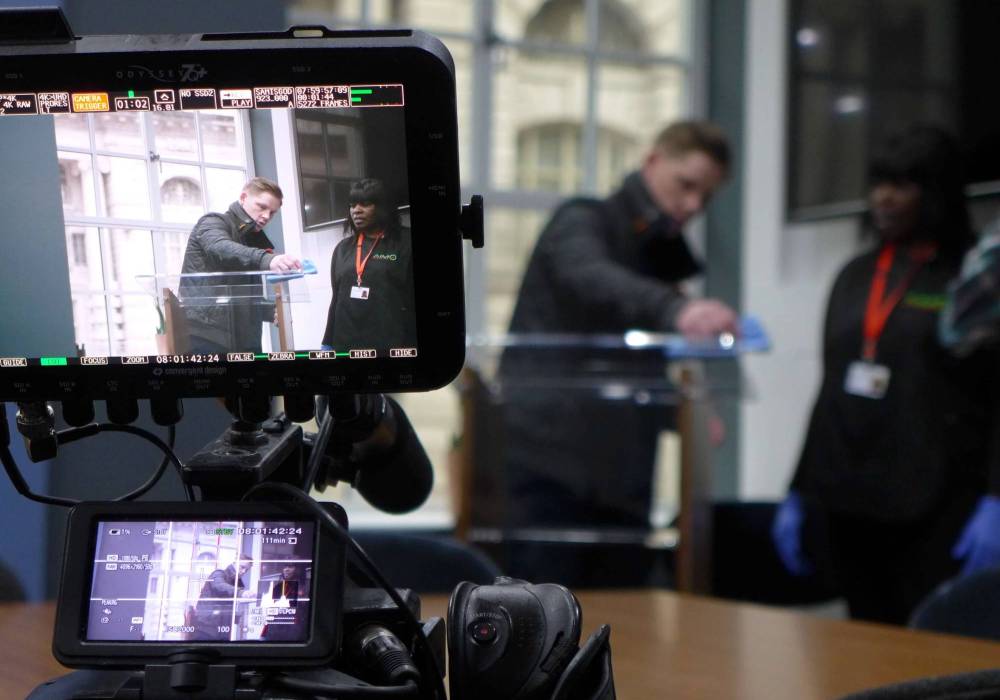 This was a special day in the company’s 37 year history! We are not talking about the fact that one of its Directors was seen before 8:00am, this was a surprise perhaps even a first.  However this was not quite as momentous as what was about to unfold on the streets of London – AIM’s first promotional video starring - the AIM staff!

On this cold and wintery morning a small team gathered outside River Island Park House to meet the filming crew, the delightful Sam and Jimmy from SeeThat, who had been given the challenging task of directing and producing our video.

The shoot involved filming our cleaning and management teams in action at different locations across London and although it was a long and tiring day all those involved commented on how much they enjoyed it. We were really proud to see everyone coming together as “One Team” to help make this project a success.

The Directors would like to thank each and every one of those that was involved on the day for your hard work and commitment shown, the only disappointment was that Sam and Jimmy didn’t show up for Marco’s salsa after party!! Oh well maybe next time……