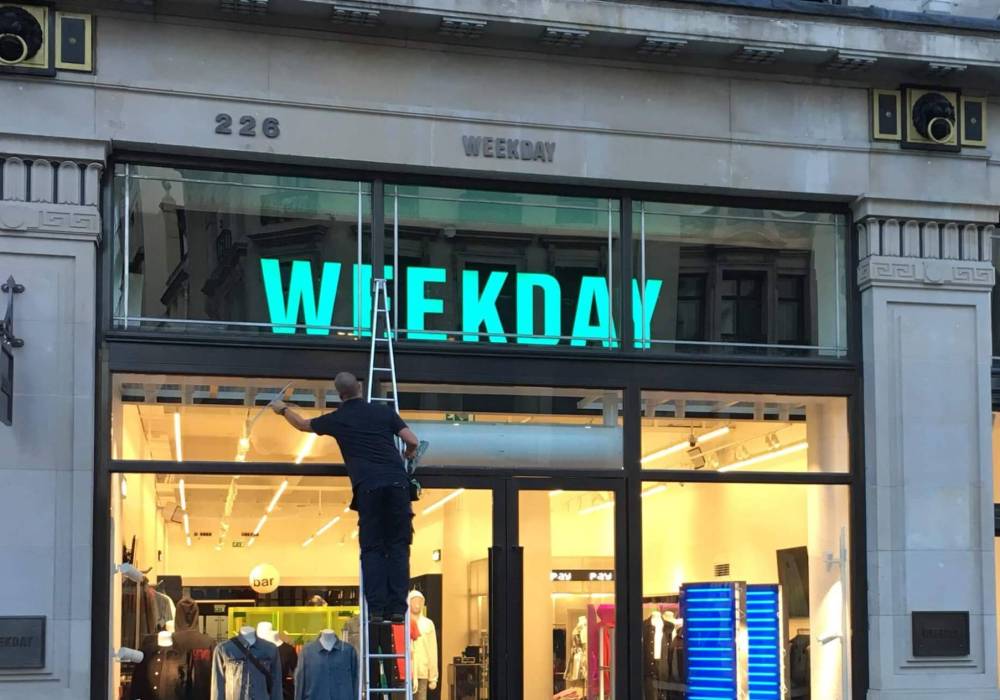 After completing a special sparkle clean for the VIP press launch on August 16th, we will carry out the regular cleaning going forward.

Opening its doors at 12noon that day, the store on 226 Regent Street, London, is also the first in the UK.

Parent company H&M Group first announced that the retail chain would be coming to London back in February.

Weekday was founded in 2002 in Stockholm, Sweden, and is a fashion and denim brand for men and women.

It now has stores in eight countries and ships to 18 markets. A Paris flagship opened in April and the retailer said a second UK store is due to open sometime in autumn or winter.